Zulu
You are here: Home / Who we are / Our Beliefs

Guidelines for Beliefs and Practice

Queensland Baptists recognise that every local church has liberty to interpret and implement Christianity within the constraints of the Word of God. The following Statement of Belief is an outline of what, according to general agreement, Queensland Baptists do believe that the Bible teaches.

Biblical Mandate: Matthew 28:18-20
18 Then Jesus came to the eleven disciples and said, “All authority in heaven and on earth has been given to me. 19 Therefore go and make disciples of all nations, baptising them in the name of the Father and of the Son and of the Holy Spirit, 20 and teaching them to obey everything I have commanded you. And surely I am with you always, to the very end of the age.” 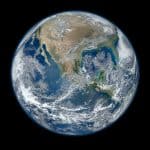 God is the Creator and Ruler of the universe. He is absolutely holy, infinitely good, great, all powerful, all present, all knowing.
God is eternal.
He eternally exists in three persons: The Father, The Son, and The Holy Spirit. This “Holy Trinity” is a union of these three co-equal Persons in one god-head.
The one triune God created the heavens and the earth and all that exists in them. He continues to care for and govern His creation, working out His sovereign purposes for all that He has made.

2. About God the Father 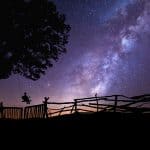 The Fatherhood of the First Person of the Trinity is eternal. He has always had a Son and the relationship of Father to Son is from eternity, and not only due to the Second Person of the Trinity becoming incarnate.
Their Fatherhood and Sonship are the source from which we derive our approximations to fatherhood and sonship in our human relationships. Our being made in the image of God enables humanity to partially reflect God’s eternal Fatherhood.
God the Father is spirit and has never been incarnate but nonetheless has always been immanent in the actions of both God the Son and God the Holy Spirit. 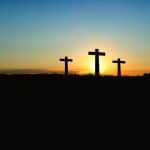 The eternal Son, co-equal with the Father and the Holy Spirit, is the member of the Trinity who became incarnate.

He took on humanity without losing any of His deity in the integrated personality of Jesus Christ.
Jesus Christ is thus still fully God and now forever also fully man. This incarnation was achieved through the virgin birth. Jesus lived a sinless human life in perfect obedience to the Father in a role of humility taken on with His incarnation.

He offered Himself as a perfect sacrifice for sin and a substitution in our place at His death on the cross. By the Holy Spirit’s power, God the Father raised Him bodily from the dead, completing the conquest of Satan, sin and death.

The Father raised Jesus to His right hand of power and there made Him Lord of all. Christ there intercedes on our behalf and the Father, and He sent the Holy Spirit to be Christ’s formal representative on earth.

This crucified, risen and glorified Christ is the Saviour of the world who, at the climax of the ages, will return to earth to judge the living and the dead.

At that time Christ will continue the process of our salvation with the deliverance of our bodies from the presence of sin and the transformation of all of the created order with the eventual introduction of the new heavens and new earth wherein “all things will be made new.”

4. About the Holy Spirit 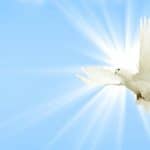 The Holy Spirit is received at conversion to Christ and permanently lives in these believers providing them with power for living, understanding of spiritual truth, and guidance in doing what is right. He gives believers spiritual gifts at their conversion, to be used in service for God. Christians should seek to live daily under Christ’s control through the infilling of the Holy Spirit. 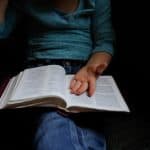 The 66 books of the Protestant Bible are the written Word of God to humankind. The Bible is inspired in the sense that God breathed it out as His Word, thus making it truth from the being of God and alive with His life.

The Bible is our supreme and absolute authority on all matters of faith and practice and everything that the Bible affirms. It was written by human authors, under the guidance of the Holy Spirit and is both the Word of God and the Word of Man.

Whilst Jesus Christ alone is the authority in all matters of Christian belief and lifestyle, His will in such matters is always revealed in, or will be consistent with His written Word, the Bible. 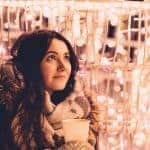 People are made in the image of God and are the supreme focus of His creative work.

The value of human life is guaranteed from this divine likeness and parentage and this is true for all humanity, not just Christians.
Although every human being still displays evidence of their divine creation, they also display marked fallenness from their originally created potential, due to what the Bible calls sin. Sin is the deep-seated rebellion of the human heart against God.

Sin taints even the good that we are and do. Sin cuts us off eternally from God and works as a dynamic festering of evil within our relationships, our attitudes and even our physical bodies. From the moment the human race fell, every individual has been hopelessly lost and destined for an eternity in hell. 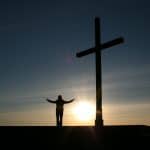 Salvation is a free gift springing out of God’s love, mercy and grace. It is ours only in the provision of the Lord Jesus Christ and His perfect life, His atoning death, His powerful resurrection, His glorious ascension, His ongoing Priesthood, and His certain return.

Salvation is at the one time something to be possessed, by coming to Christian conversion, and also something to be furthered through the Christian life. Salvation is to be prosecuted and worked out in our Christian lives and finally completed at the return of Christ.
Salvation is totally provided for by the work of Christ without any contribution from us. It is effected by the work of the Holy Spirit; and it is contingent on personal faith which is not to be viewed as a work.

Salvation has its antecedents in the sovereign election of God but begins in our experience with our repentance towards God and faith in the Lord Jesus Christ. It continues in sanctification through the ongoing practice of spiritual disciplines, and culminates in the redemption of our bodies and the glorification of our entire persons. Salvation is both something that we receive and something we seek to work out in our lives. It is the beginning now of the eternal life with God which will be ours throughout eternity. 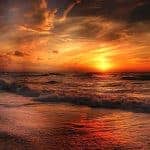 People, once created are heading for an eternity in either heaven or hell. Hell is a place of permanent separation from God. The place of eternal security with God is “heaven”.

Eternal life begins the moment a person comes to saving faith in Christ but continues forever in Heaven. Heaven and hell are real places of eternal existence. All people, both believers and unbelievers, will be raised bodily at a resurrection of the dead, finally judged by the Lord Jesus Christ and thereafter dwell in heaven or hell.
Following this judgment, the whole creation will be so transformed that righteousness and completeness will characterize believers and the new heavens and new earth forever.

9. About Baptism and the Lord’s Supper and the Church 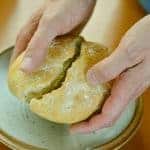 Baptism and the Lord’s Supper are the only two ceremonies given by Jesus Christ through Scripture to be observed by the church for all ages. We call them “ordinances” as they have been ordained by Christ. We do not call them “sacraments” because they do not convey Christ’s salvation which is conveyed directly by the Holy Spirit in response to the individual’s faith.

Baptism is the immersion of believers upon their repentance and profession of faith in the Lord Jesus Christ. Baptism pictures the connecting of the believer with Christ’s death, burial, and resurrection.

The Lord’s Supper is a memorial of thanksgiving for the sacrifice of the body and blood of the Lord Jesus Christ. The Lord’s Supper, or Communion, is to be regularly practised until He comes. It portrays our continued reliance on Christ’s work. It dramatises the basis, in Christ’s atonement, of our continued membership in the body of Christ as cleansed Christians. It keeps us aware of our fellowship with the saints of all ages and with the other members of the body of Christ and keeps us looking forward to our future glorification in Jesus Christ.

The universal church consists of all persons, in heaven now or still on earth, who confess Christ as their Lord and Saviour. The local gathering of believers is the local expression of the same universal church. This local gathering is charged to meet regularly for worship, fellowship, teaching of the Scriptures and seeking to save the lost. Christ alone is the head of His church, both universal and local. The church is known as the Body of Christ. No other person, group, or religious organization can profess to be the head of His church.

10. About Service and Sacrifice 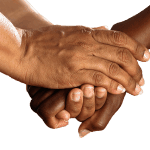 The Bible teaches that Christians should surrender every aspect of their lives to be a “spiritual service” or “offered ministry” to God. In this sense, every Christian is to minister as a servant of Christ. Serving Jesus Christ in the natural sphere of every day life is as important to Christ and His witness as is service undertaken with the church.

Each Christian is given one or more spiritual gifts. These gifts give balance to the Body of Christ and enable Christ’s work to continue.
The empowerment for true service comes from intimacy with Jesus Christ through prayer, obedience to His Word, dependence on the power of the Holy Spirit, and appropriate placement in ministry.

There are some Christians who are called by God to full time pastoral and other leadership roles. These particular Christians receive this challenge from the Holy Spirit, and this call to a full time service for Christ is confirmed by the church. However, it is the responsibility of every Christian to share the Good News concerning Jesus Christ with those God leads across their path, by both life and word.

What Baptists believe – Guidelines for belief and practice

Queensland Baptists acknowledges Traditional Owners of Country throughout Queensland and Australia, and recognises the continuing connection to lands, waters and communities. We pay our respects to Aboriginal and Torres Strait Islander cultures; and to Elders past, present and emerging.